Fiducials on the workpiece will be used to algin the G-Code coordinates correctly. 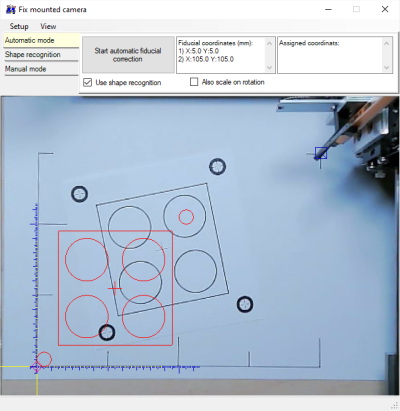 Camera view, showing the workpiece (printout) and the G-Code to be applied.

The lower-left and upper-right circles of the loaded graphics are fiducials - marked as such by layer name in SVG (also possible in DXF - check examples). The center coordinates of fiducials will be collected during import and are available inside the camera form (check center text-box "Fiducial coordinates"). The keyword for the layer-name can be set in [Setup - Program behavior - Camera] - see screenshot below.

The fiducial coordinates can also be set manually inside the 2D-view of the camera-form: 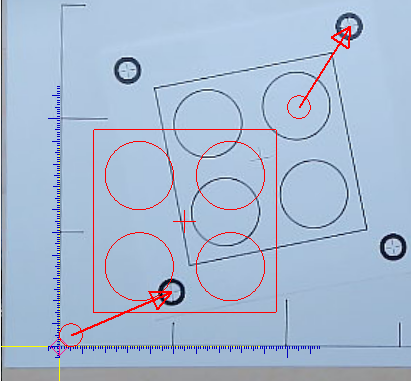 This reference point should match the workpiece fiducials:

The workpiece fiducial can be assigned manually: 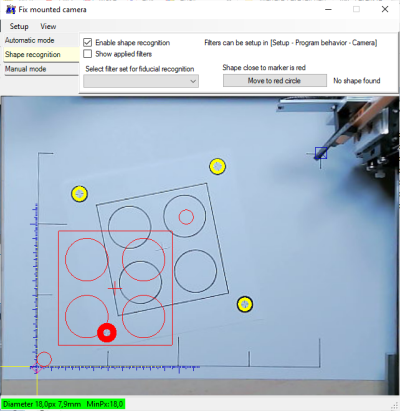 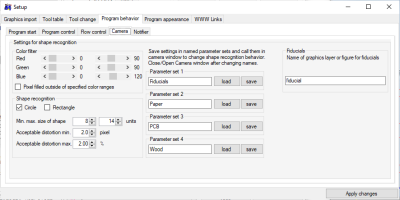 Note: the offset correction only works with connected grbl-controller, because a coordinate offset will be applied.

Because of limited view, the first workpiece fiducial must be found manually and moved into the camera view. The set the coordinate system roughly to the correct position, then start the automatic.

Note: the offset correction only works with connected grbl-controller, because a coordinate offset will be applied.