Setup for a tangential knife, driven by an own axis 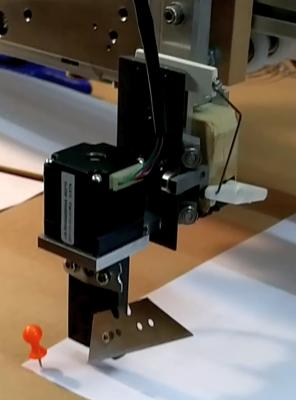 A tangential knife is connected to a vertical axis and points towards the direction of the XY moves.
The initial direction (= angle 0°) is towards positive X-direction. 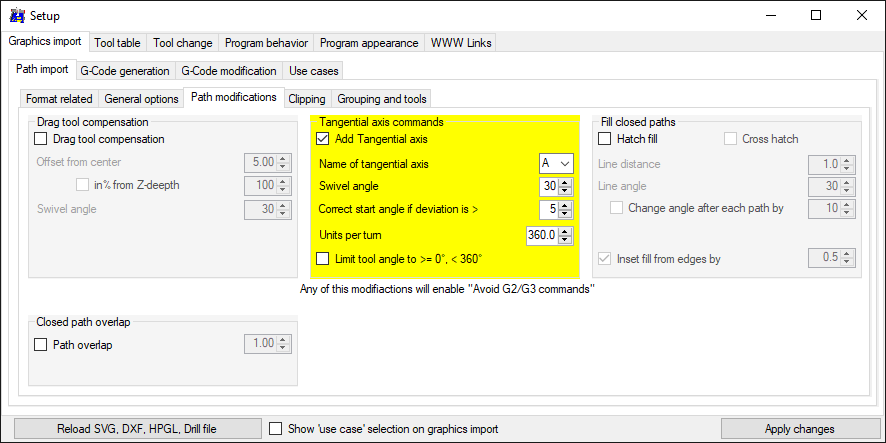 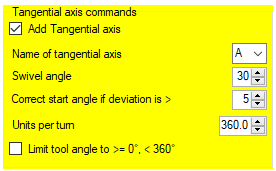 Just enable the tangential axis. The default values should work: Setup for A

I never tried this setup. 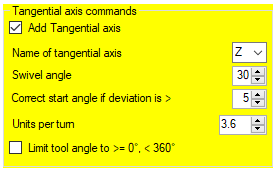 Unfortunatly my mechanical setup is not strong enough for real paper-cut.