GRBL-Plotter is a graphic converter and gcode sender for all purposes.
The main focus is on the post-processing of vector graphics, the specialty is the preparation of the generated Gcode, which is based on properties of the imported graphics, such as Layer, pen color or pen thickness, and can be sorted:

This graphic can be opened in GRBL-Plotter via drag & drop (on 2D view).

Output of GRBL-Plotter, if "grouping" is activated: 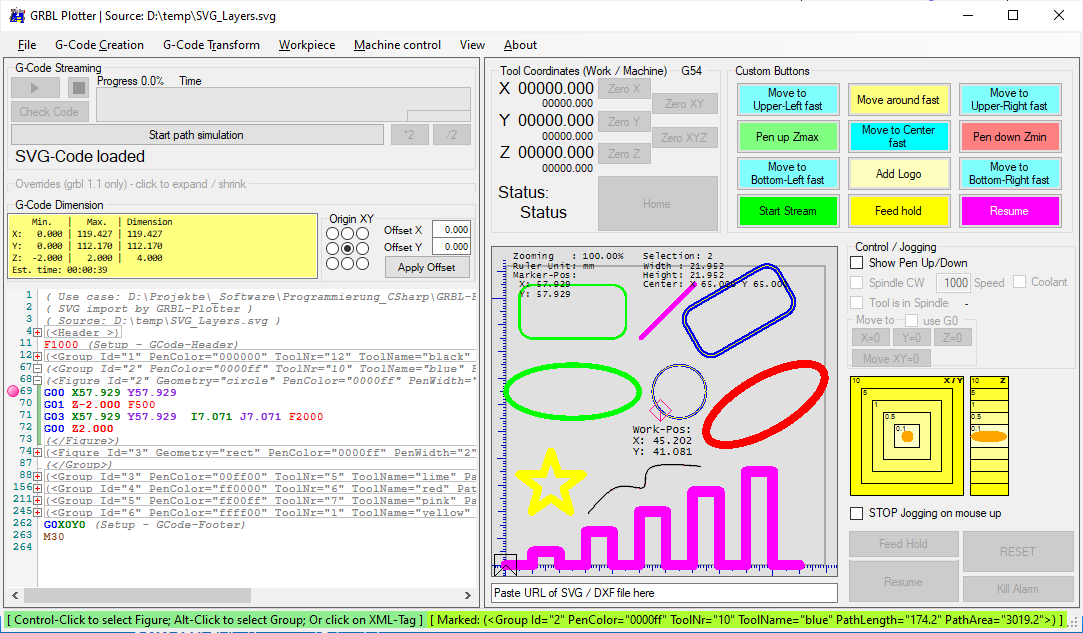