Elements of the Graphical User Interface 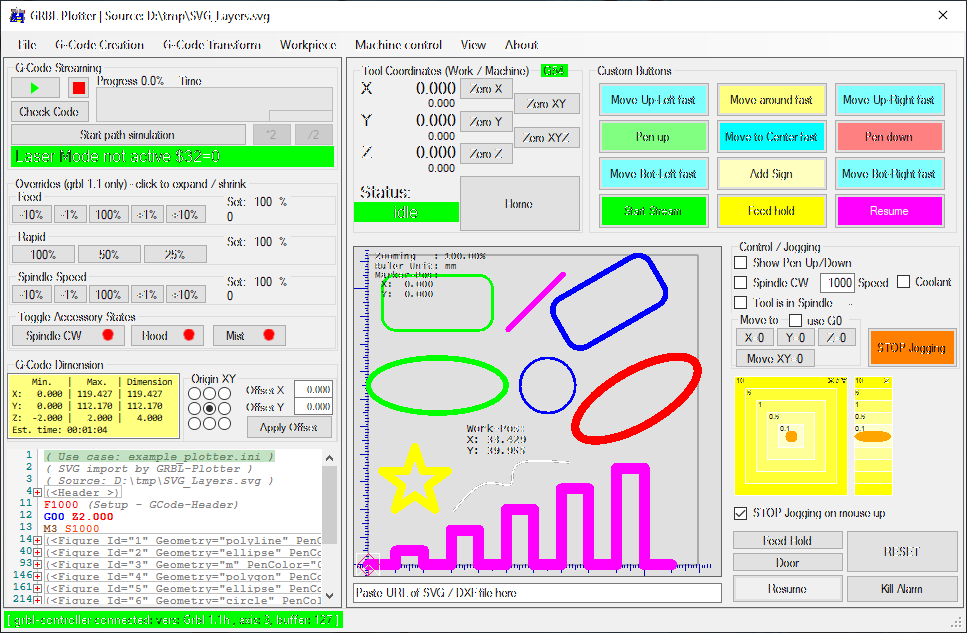 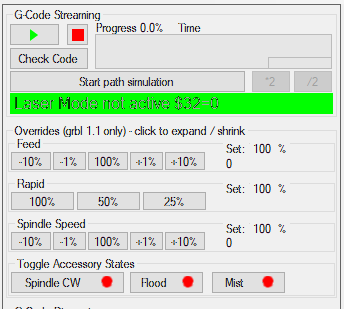 This area shows buttons to start/pause, stop the GCode streaming towards the grbl-controller. With grbl version 1.1 also override options will be shown, which allows the user to change the feedrate or spindle speed during the operation.

Unique is the pause mode, which allows the user to move the tool position. When continuing the streaming, the last coordinates and machine state will be restored.

With a right-click on the play button [▶] a specific code section can be streamed, instead of the whole code: 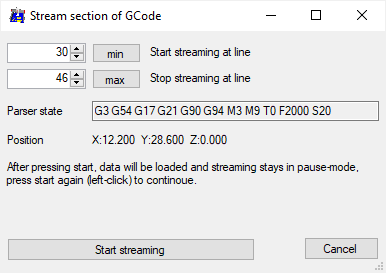 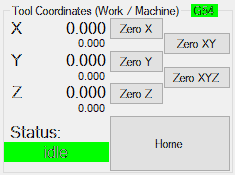 The digital read out shows the actual work and machine position. The work position depends on the selected coordinate system which is currently selected (e.g. G54). Also buttons to set the coordinates to zero (for the selected coordinate system) are available. And 'Homing' can be started (if enabled inside grbl setup) to find end-switches and set coordinat system. The DRO automatically shows up to 6 axis if supported by the used grbl-controller.

Up to 32 custom buttons can be defined to apply commands or run scripts to perform GCode. 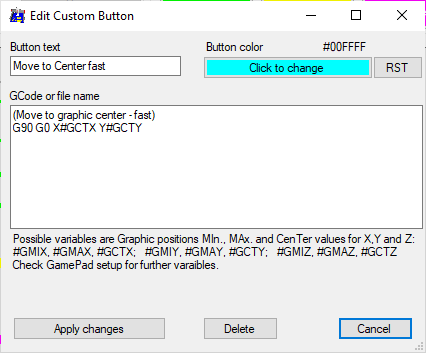 With mouse right-click, the button function and color can be set. 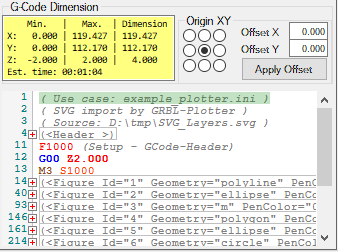 This area shows the imported or loaded GCode with it's dimension and controls to change the offset of the work coordinates.
If the GCode was generated by import of graphics, it will be grouped with XML-Tags for later processing like sorting, moving and deletion. 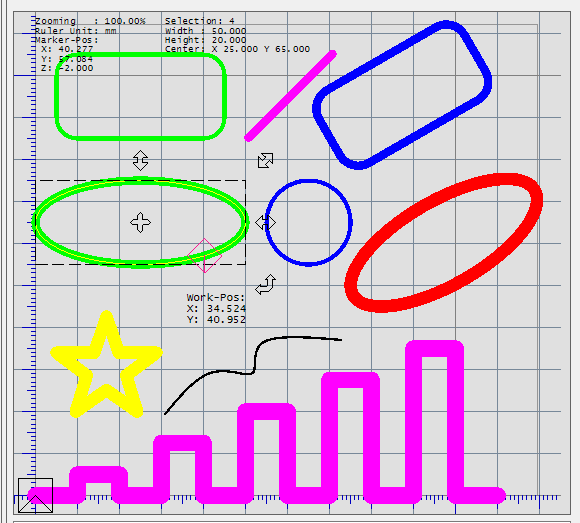 For plotter, laser and simple router applications the 2D-view is good enough. Optional the color and line-width of the imported SVG or DXF graphics can be shown.

Like in vector graphics editor, single objects or groups of objects can be modified in position, size and angle.
Note: it only works on imported graphics, where xml-tags were added to the G-Code. 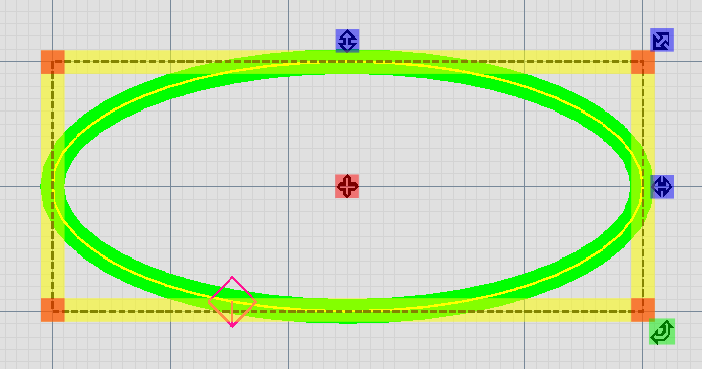 Snap on grid, when moving selected figure and pressing shift-key: 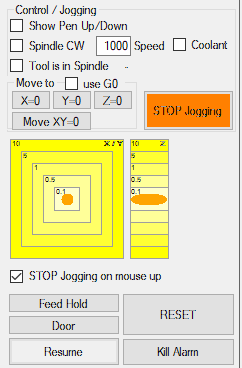 A Jog motion can be aborted via the big STOP button.