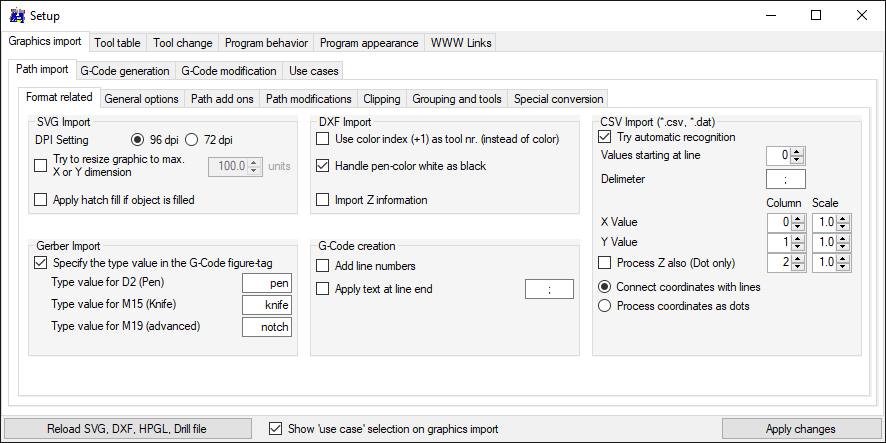 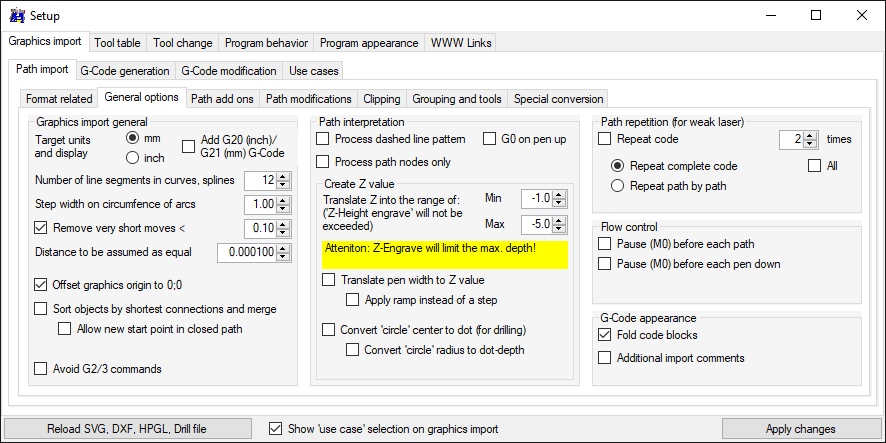 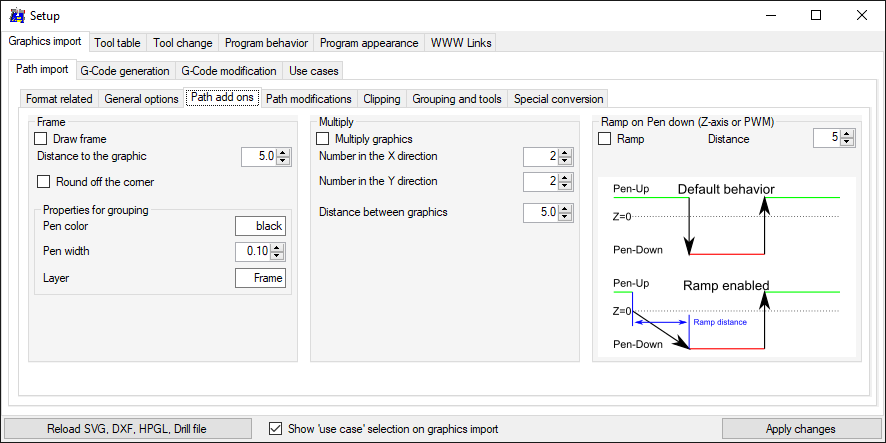 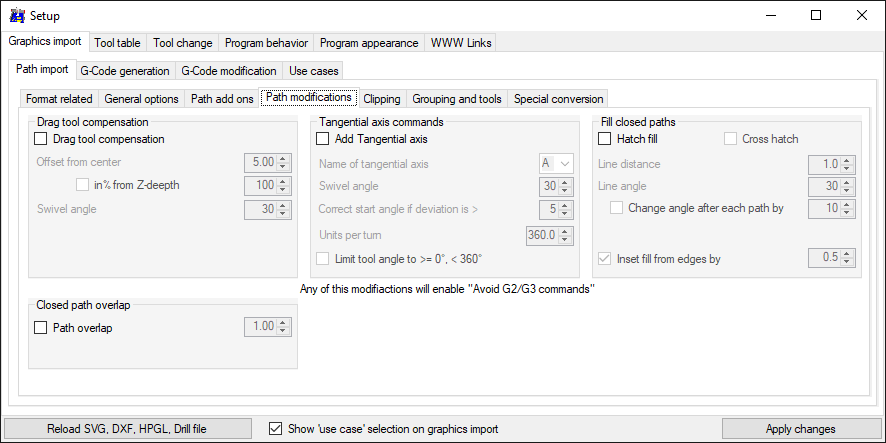 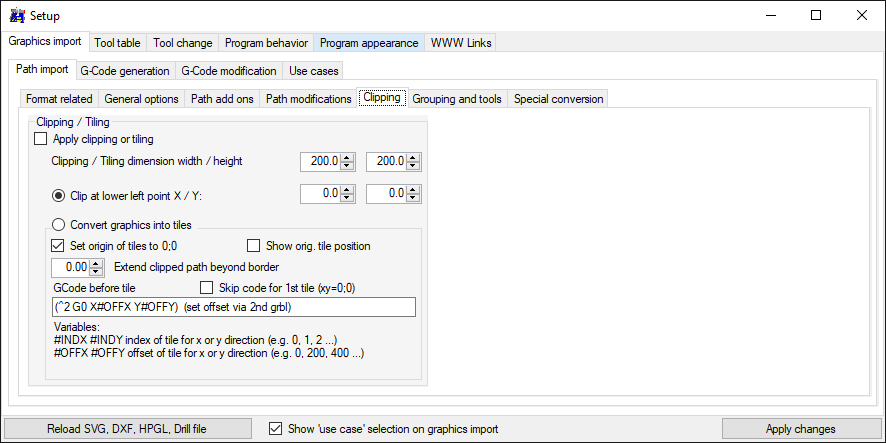 Clipping: only process a selected area of the imported graphics.

Tiling: divide the graphics into tiles and process them one by one, apply commands before a tile to feed the material, 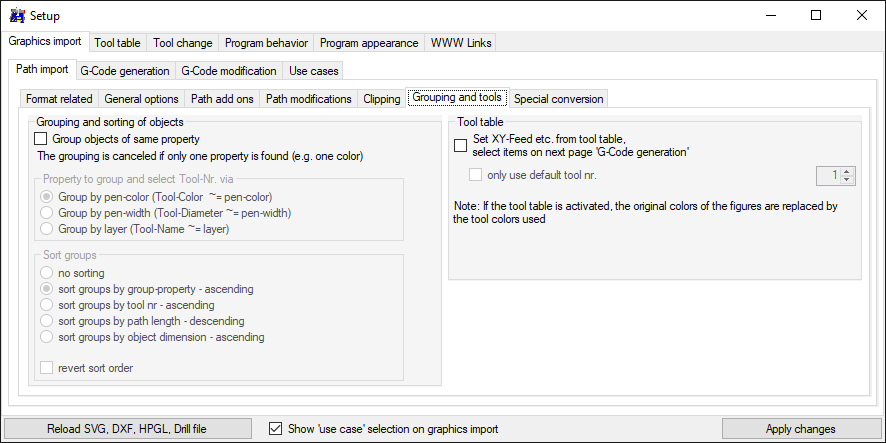 Grouping: group the graphic objects by pen-color, pen-width or layer.

Tool table use: get selected properties (checkboxes 'from tool table' in G-Code generation) from the current tool table. 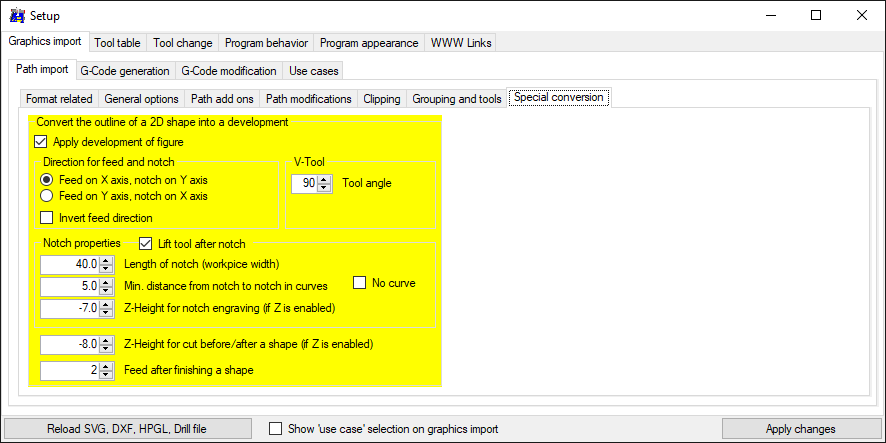 Example: character "E" with the given settings: 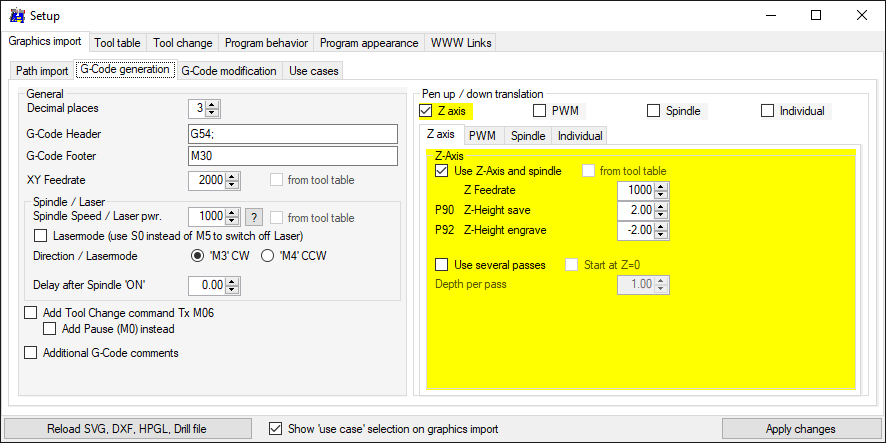 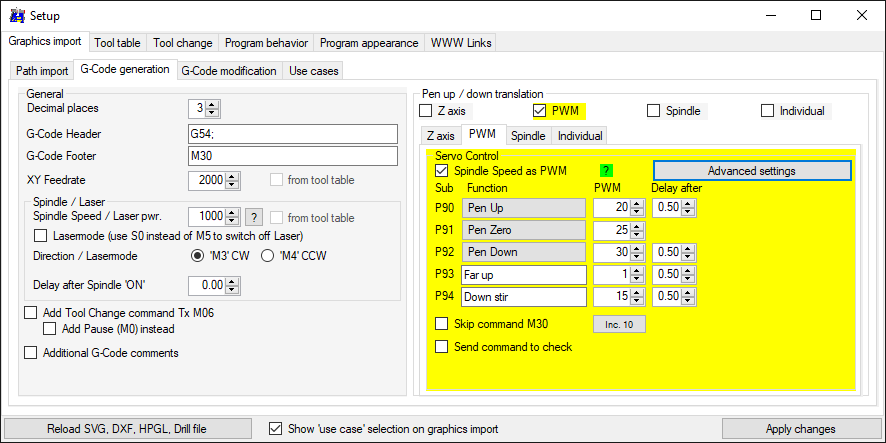 Translate Pen-up/-down commands into PWM (pulse-width-modulation) values to control a RC-servo.
Note: a special grbl version is needed to control a servo. 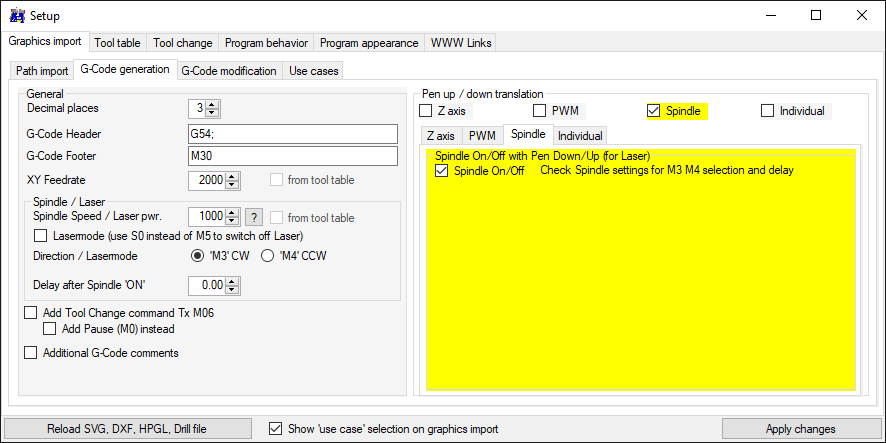 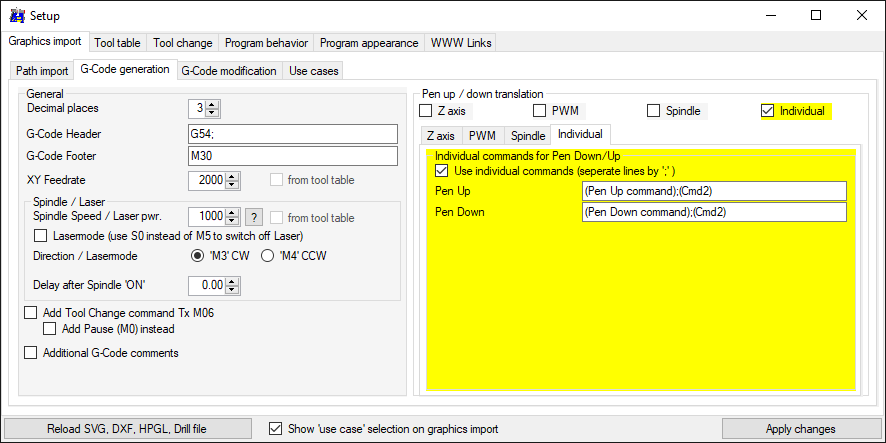 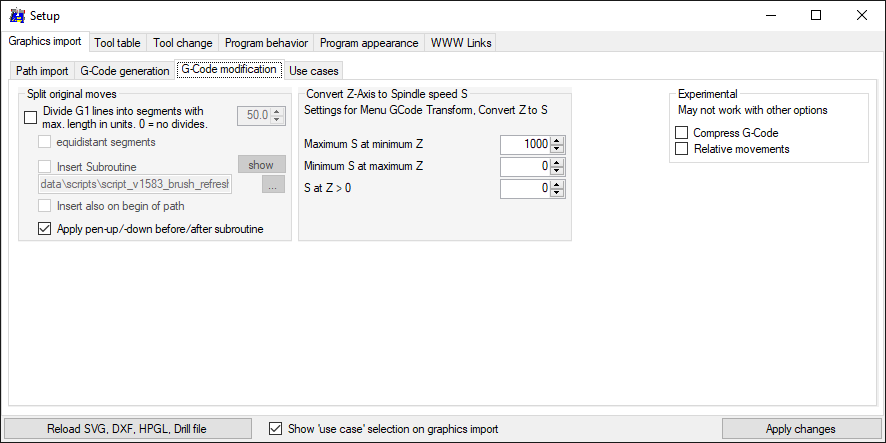 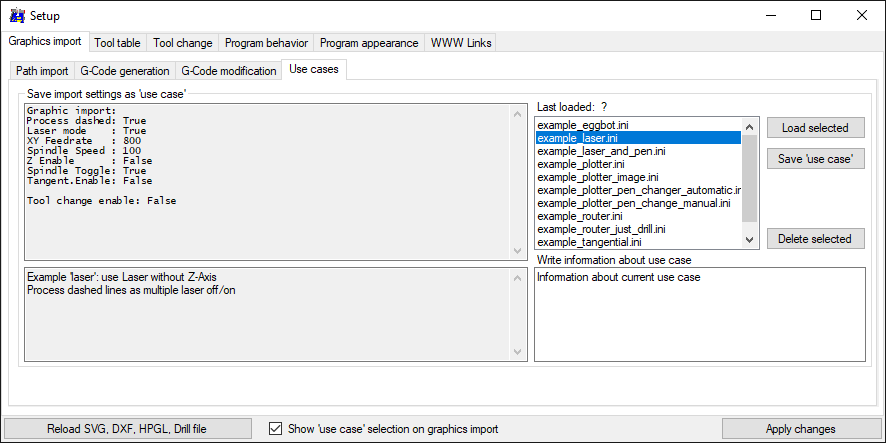 Use cases contains a reduced amount of saved machine settings (ini-file) to do a quick setup of the settings.

Also a saved machine-setup [Menu - File - Export machine settings] can be used as a use-case, when copied to the usecase folder (check [Menu - About] for the current location). 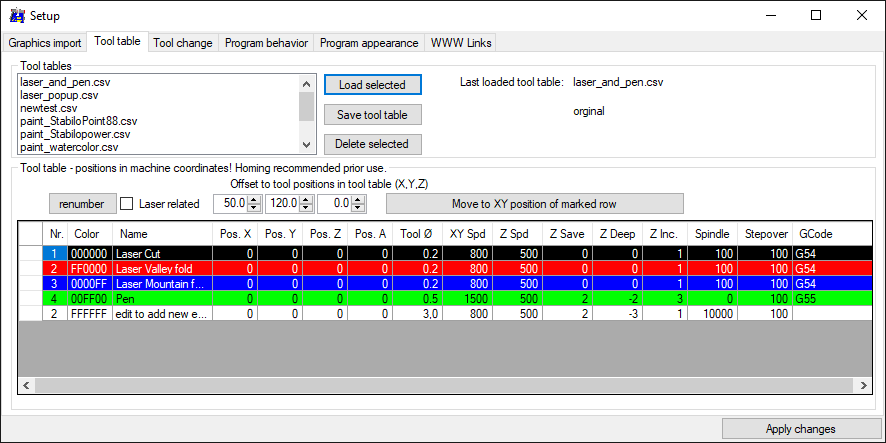 Settings, which are related to specific pen-color or pen-width, if tool table is in use. 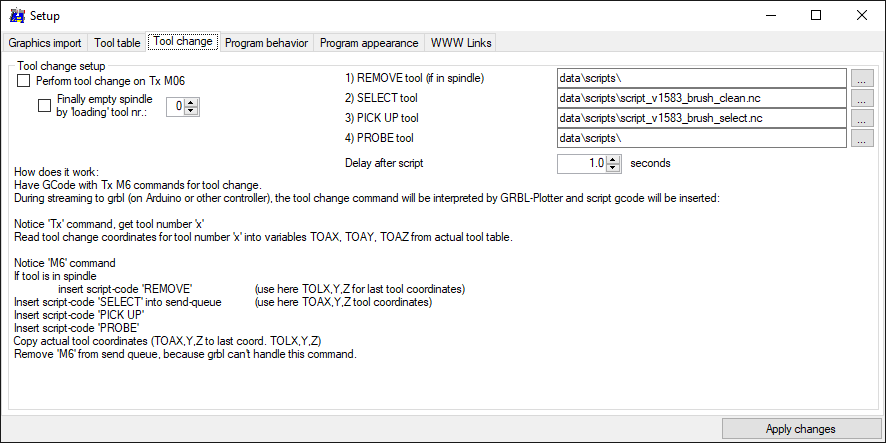 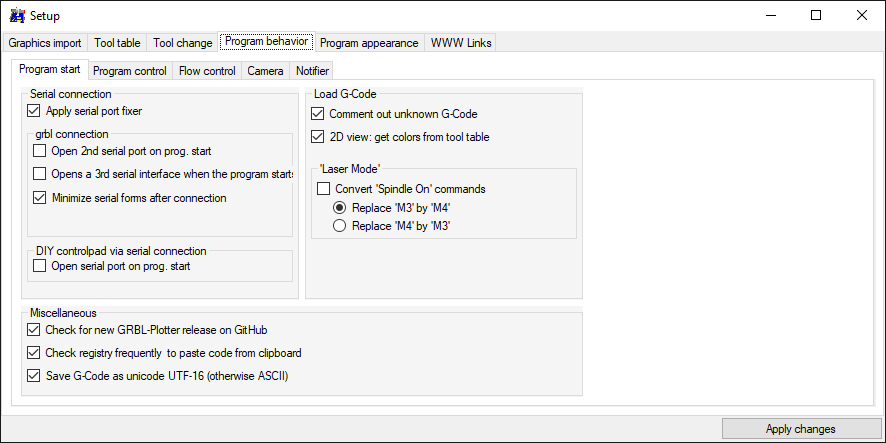 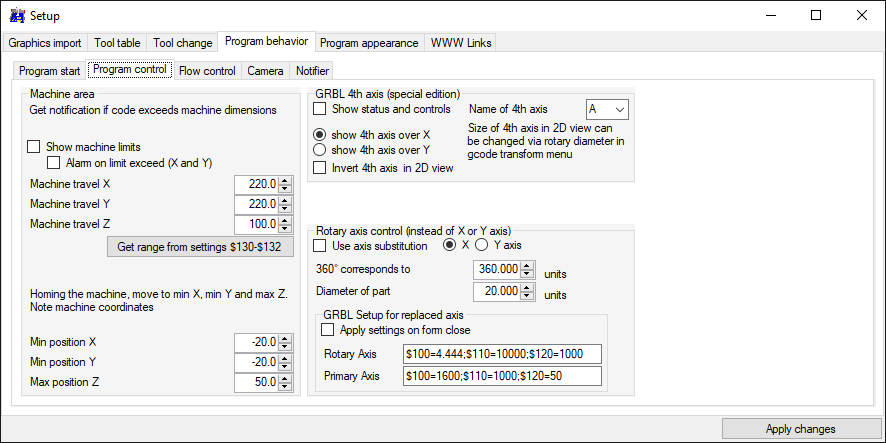 Machine limits: get warnings if allowed machine area will be left.

Rotary axis control: use X or Y as rotary axis and setup 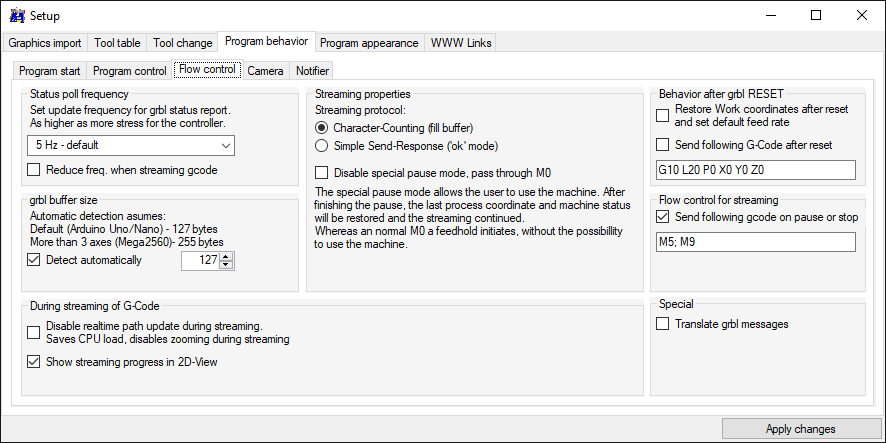 During streaming of G-Code: setting which could reduce CPU load for older computers 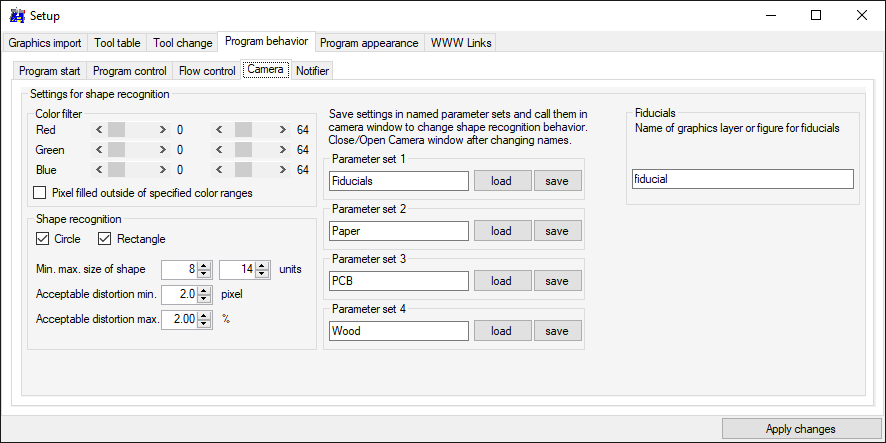 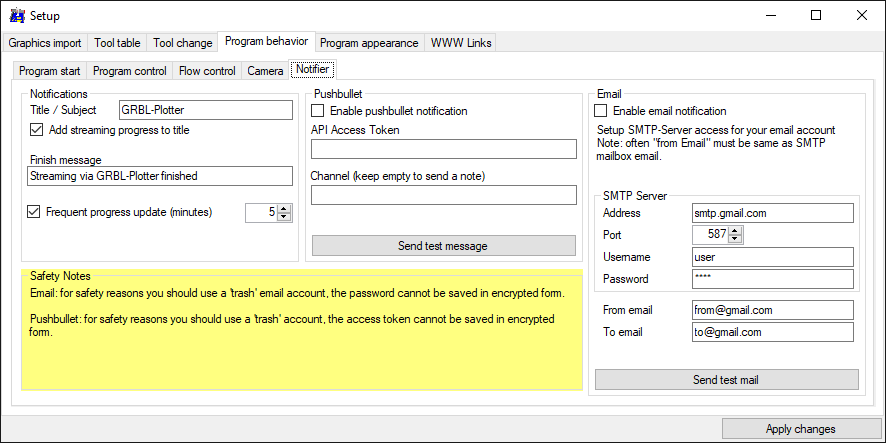 Get updates of your streaming progress via pushbullet or by email

Custom buttons can also be changed via right-click on button 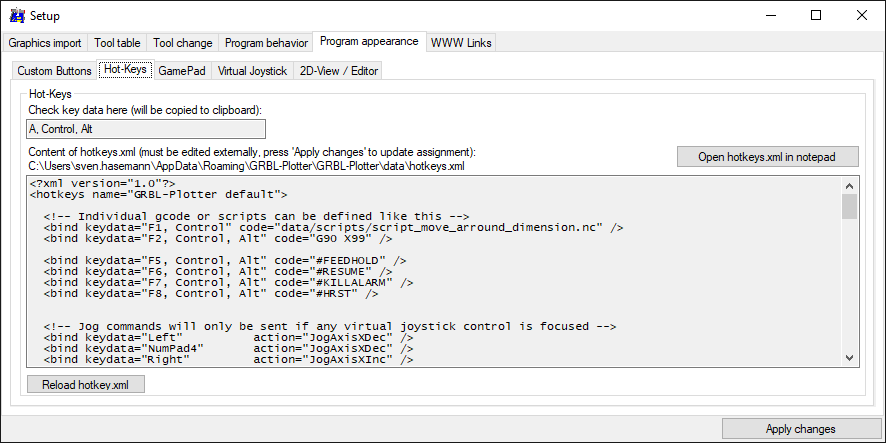 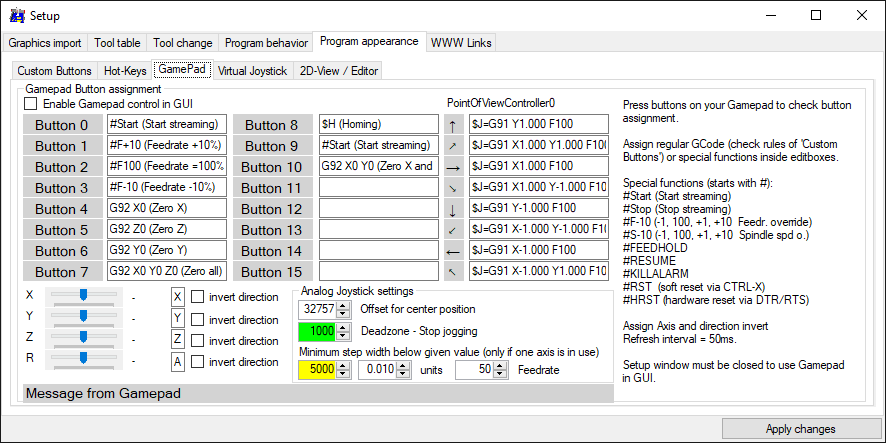 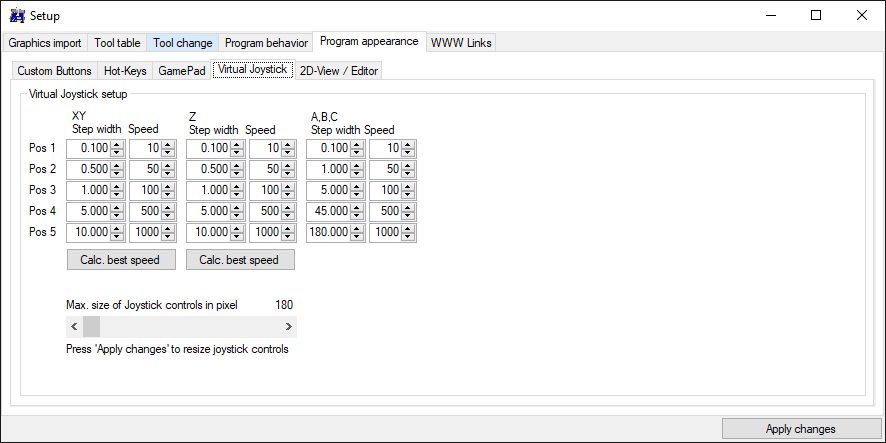 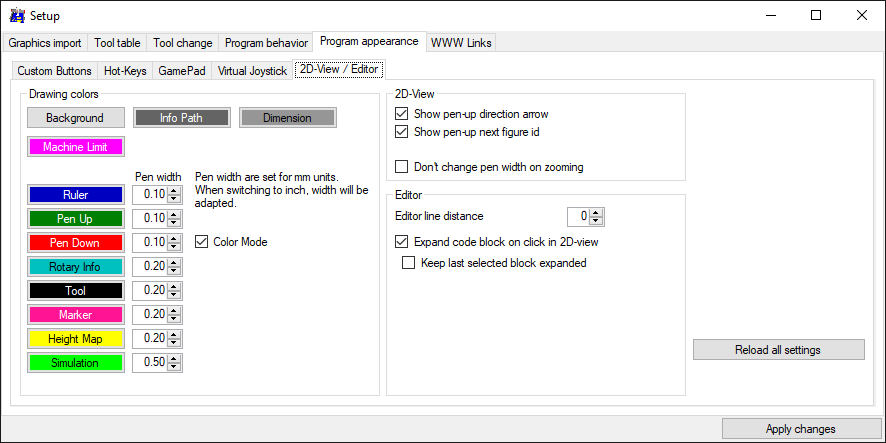 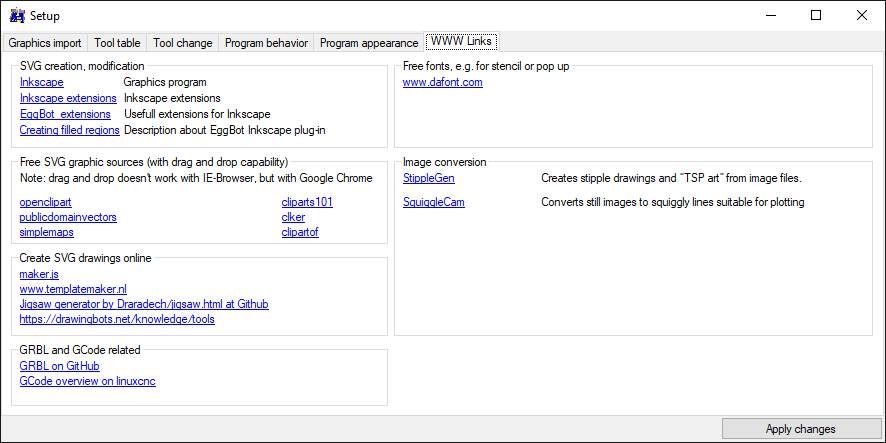