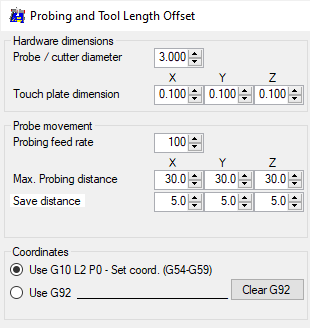 With the edge finder an edge in X, Y, X and Y and additionally in Z can be found and used to set the work coordinates to zero.
If more then one edge should be found, the order is as visible in the graphics: first '1' then '2', finally Z.

Place the tool tip in front of the workpiece in the same area in which the arrow tip is shown in the graphic.

If an edge is found two times (vertical or horizontal) an angle will be calculated, which can be used to rotate the G-Code. 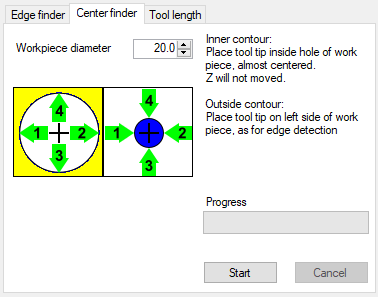 With the center finder, the center of a drill or or round workpiece can be found.

Workpiece diameter: needed if the outside contour is selected, to move above the workpiece far enough from position 1 to 2 to 3 to 4. 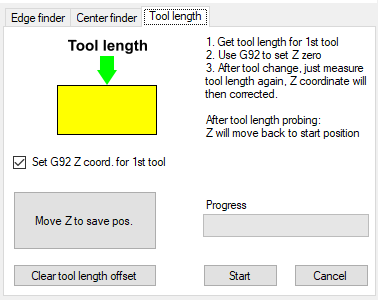